An ocean storm had caused hundreds of starfish to be stranded on a beach where they would soon perish. A man walking on the beach would stop every few steps, pick up a starfish and fling it back out into the waves. His companion ridiculed his efforts and observed that statistically his puny efforts would make little if any difference to the starfish population as a whole. Undaunted, the man tossed 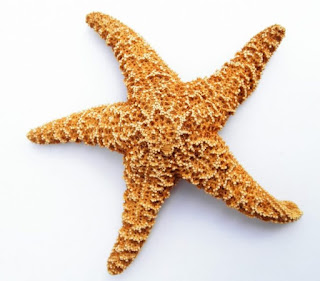 yet another starfish into the sea and replied; “It’ll make a big difference to this one!”

I believe this same attitude should apply when treating animals. Even though a negative statistical analysis of one alternative treatment modality may cause some to scoff at and demean all holistic endeavors … the fact remains, most of the time they work, and “It makes a big difference to that one!”

Research statistics aren’t really all that useful anyway. Most drug research is akin to insurance company actuary tables, which can project how many houses will burn down in a given time period and area but cannot tell you exactly which houses will be destroyed. In the same way, drug advertisement may tout a 60% effectiveness but only the response to treatment will tell you if your animals are in the 60% group or the 40% group. In my opinion, the only valid way to evaluate the success of any treatment is … did it work for you or didn't it.

I did not arrive at this pragmatic outlook in the sterile confines of a library, a laboratory or a classroom but in the rough and tumble arena of a general farm veterinary practice. Your success as a vet was judged on the basis of results … did the animals get better or did they not? If you were called to treat an animal and it got better the owner would probably consult you again should the need arise. If it did not get better, the next time they needed a vet they’d probably call some one else. It didn’t help at all to quote figures from the latest drug company research that indicated that the drug should have worked at least 60 percent of the time.

Then, as now, a plethora of veterinary drug salesmen called on veterinary clinics to offer the latest fruits of modern veterinary science … a new more powerful antibiotic, the broader spectrum vaccine, a better insecticide with fewer side effects. Being more gullible in my younger days, I fell for their sales pitch. Occasionally their products would perform as promoted and I would continue to use them. Unfortunately, a lot of the pharmaceuticals and vaccines were not consistently effective and many caused a variety of side effects guaranteed to make a practitioner look bad. Needless to say, these were seldom used again.

After a few years of less than optimum results with conventional medicine I began to take a closer look at alternative folk medicine as practiced by animal husbandmen for centuries. Some were out and out quackery … but many were based on years of sound empirical observation and made a lot of sense. As I cautiously began to use some of these old folk remedies in my practice I found that many of them worked as well or better than conventional treatments and were a lot less expensive.

Let me give you an example. A short time after I graduated from Vet school, a good friend called me about his mare. Her front legs were so grossly swollen from the knees down that they looked more like tree stumps than legs. Confidently, I opened my medicine bag of modern drugs and began treatment. I used antibiotics; I used anti-histamines; I used enzymes; I used steroids … alone and in every combination imaginable. I gave it all I had for over a week and nothing worked, if anything she got worse.

Finally we took her to the University Vet Clinic. One of my former instructors (one that I had always considered to be old-fashioned and outdated) was assigned to the case. He looked briefly at the mare and gave me a bottle of an old-time remedy, “Dr. X’s Leg Brace”. His instructions were, “Wet her legs down with this, and cover it with cotton batting and a leg wrap. Do it again in 24 hours, if you need to. She’ll be OK in a couple of days.”

As we were leaving, his good-natured parting shot to me was that I must have missed his class on the day he lectured on this condition.  Ouch!

So, as a last resort, I followed his instructions. By the next morning, only 12 hours later, the swelling had diminished so dramatically that the bandages had peeled off like a loose sock and were laying loose in the stall. I treated her one more time and she made a complete recovery.

What was in the medicine that worked after every modern pharmaceutical had failed? … Fluid extract of Belladona, witch hazel and glycerine in a base of rubbing alcohol.

To this day, I don’t know the cause of the swelling nor can I explain how or why the old remedy worked, but I do know this … “It made a big difference to that one!”

Critics might say, “Why, that stuff couldn’t have done anything, she probably recovered on her own.” or “The original drugs finally began to work.” To them, any possibility, no matter how far fetched, would be more acceptable than admitting that an old folk remedy had actually worked.

The truth is that conventional medical science today is not far enough advanced to critically evaluate most alternative treatments. Holistic modalities, by their very nature, cannot be analyzed or explained using conventional thinking. Unfortunately, many so called scientists disparage anything they cannot explain.

The bottom line is; whether animal or human, holistic or conventional; patient response is the only meaningful way to evaluate the efficacy of any treatment.

An old drug response rule-of-thumb states that 25% of recipients will show no response, 50% will show a beneficial result of one sort or another and the remaining 25% will show a greater than normal response (adverse reaction). Obviously, these percentages can vary considerably. Holistic therapy may show a marginally greater incidence of no response but compensate by having almost no side effects. Let’s take a closer look at the 5 possible outcomes of any treatment.

1. NO RESPONSE. It is rare for treatment to have absolutely no effect. I believe there is almost always some effect even though it may be so slight or subtle that it does not manifest itself by any observable change in the patient’s symptoms or condition.

2. SUPPRESSION OF SYMPTOMS. At first, this sudden cessation of symptoms may make the Doc or the drug look pretty good. The casual observer may even believe that a cure has taken place. However, in the long term, the patient fails to fully recover and other, more serious symptoms may appear later on. Some Vets may consider this new set of symptoms to be a separate condition but a holistic care giver recognizes them as an indication that the underlying problem has not been corrected but only covered up. Do not confuse suppression of symptoms with the diminution of symptom as true recovery takes place.

3. PALLIATION or ALLEVIATION is considered by some to be the most common response to treatment. The severity of the symptoms is reduced or abated, but only as long as treatment is continued. When the treatment "wears off" or is discontinued, the same old symptoms reappear. To maintain relief, it is often necessary to repeat the treatment at more frequent intervals and at higher doses. No cure takes place and the patient fails to do well overall. This response can be very costly to the owner but lucrative for the practitioner.

4. A COMPLETE CURE is the ultimate goal. When this does occur, the results are astonishing. The response is much more than can be explained merely by the removal of symptoms. Health, vitality and productivity are improved even in areas seemingly unrelated to the original condition. Even with this increased vitality, some symptoms may linger for awhile longer. Remember it takes time for a complete recovery to take place. Chronic disease doesn’t develop overnight nor does the body heal itself over night. When a complete cure does occur, the transformation in the vitality of the patient often exceeds all expectations.

5. ADVERSE REACTIONS or SIDE EFFECTS. Adverse drug reactions are common with modern pharmaceuticals and range from mild allergic reactions to anaphylactic shock and sudden death. More and more long term detrimental effects to individuals and the environment are also becoming apparent. According to a recent article in the Journal if the American Medical Association, adverse drug reactions are responsible for 140,000 human fatalities in the U.S. every year. If livestock owners continue to use modern drugs I would suggest that they obtain a supply of epinephrine from their Vet along with instructions on how to use it to treat drug reactions.

Adverse side effects from holistic medicines or procedures are uncommon. Those that do occur are mild and non-fatal, unless, of course, they are the result of gross negligence or ignorance.

Keep in mind that occasionally, what appear to be adverse side effects may occur as part of the normal healing process. Many times the recovering patient will go through a ‘healing crisis’ before complete recovery takes place. During this ‘crisis’ symptoms may intensify as the body begins to rid itself of toxins as healing progresses. An example of this is often seen when treating mastitis. As the udder begins to heal and the swelling recedes, the formerly dammed-off abnormal milk, pus and tissue debris is released. The sudden appearance of this “gargot” in previously normal looking milk causes the uninformed to think the mastitis is getting worse when in actuality it is only the body’s way of cleansing itself.

Practitioners of the healing arts need to be skilled in the use of a variety of therapies and sensitive enough to know which ones will best serve the needs of each individual patient. When making this choice it is also their responsibility to take into consideration the short term and long term effects on the patient, as well as the ultimate effects on the local and global environment.

The real challenge to a good practitioner is to know how to choose the treatment that will be of most benefit to each individual patient.

The real challenge to the owner is how to realistically evaluate the response to treatment.

For each of them, this is an art more than a science.