In the first-filed dicamba-crop damage case in the United States, a federal jury has awarded Bader Farms $15 million in its dicamba lawsuit against Bayer and BASF.
Bader Farms had originally sought $20.9 million for off-target dicamba damaged its peach orchard.
The jury also found Monsanto (which was bought by Bayer in 2018) should be assessed punitive damages.
Judge Stephen Limbaugh Jr. issued a gag order for the trial. Bayer and BASF officials have said they will not comment until the gag order is lifted.
COMMENT: Hopefully, this is a harbinger of things to come,
Check out: https://www.agriculture.com/news/business/bader-farms-wins-dicamba-lawsuit-against-bayer-basf

There is a war going on in the midwest soybean growing area of the Unites States. It involves the use of Dicamba herbicide.  On one side is the die hard Monsanto/Bayer cabal who vehemently endorse the continued use of Dicamba.    On the other side of the fence are the more traditional growers whose crops are at risk  when their neighbors use Dicamba.

Dicamba had been around since 1967 — marketed at various times under such brand names as  Dianat, Banvel, Diablo, Oracle and Vanquish.  The problem with dicamba is it doesn't always stay where it's sprayed. On hot days it vaporizes  and drifts to other fields causing damage to susceptible crops.  Millions of acres of non-GMO soybeans have been damaged, as well as vineyards, orchards, and even back-yard gardens. Friendships have ended over this. In one dispute between farmers in Arkansas, one of them shot and killed the other.
Dicamba was replaced for many years by the popularity of Monsanto’s glyphosate (Round-Up)  but was rejuvenated when super-weeds became resistant to glyphosate, leaving soybean growers without a useful herbicide.
In late 2016, the EPA  approved a new use for Dicambra  and it could now be sprayed on  genetically engineered crops.  Since then for the last three summers the number of complaints about Dicamba damage escalated, in some cases as much as 5 fold.   State Pesticide labs and inspectors were overwhelmed by complaints.   Meanwhile, because they're fully occupied with dicamba complaints, inspectors don't have time for all their other work, such as routine inspections of pesticide use at schools, golf courses or businesses.
Even in the face of  all these complaints, the   EPA actually extended its approval of dicamba just before the 2019 growing season. The agency decided the problems could be addressed with a few new restrictions on how and where dicamba can be sprayed, along with more training for people who use it.  The impact of these changes could be compared to a cowfart in a hurricane and did not fix the problem.
The EPA's current authorization for the use of Dicamba expire at the end of 2020. At that point, the agency will have to decide, once again, whether to let farmers keep spraying this chemical on their soybean and cotton crops.
Growers who are locked into the need for herbicides do not want to give ‘up the perceived benefits. Nor does Bayer want to give up the billions of dollar of annual profits from the sale of dicamba herbicide and dicamba-tolerant crops.
An agency spokesperson said, by email, that damage to plants can be an unreasonable adverse effect, but it depends on the extent of the damage, balanced against the benefits of spraying the pesticide.  I think this is a red-egging and an attempt to minimiize the dicamba damage which goes far beyound some crops and damage to the environment, other plantsm and wildlife.The  benefits acrue only to Bayer and the toxic growers jave other alternatives to dicamba. .
This whole episode begs the question, “Why does the EPA continue to support a flawed system of agriculture when the knowledge and expertise to convert to regenerative agriculture is available?”
If  manufacturers and users of these products, and others,  had to pay for the environmental damage they cause there would be little profit or benefit to its use.
One final question: “Does anyone remember that the Bayer Company started out in Germany producing lethal nerve gas to kill American soldiers in WWI?”

While growing up in South St. Louis, Missouri during the 1930s and 40s, I often heard the admonition, “Don’t believe anything you read or hear and only half of what you see.”  I’m sure that was a reflection of the skepticism of that era as newspaper editors and radio commentators stretched the truth in their attempts to gain market share.   The motivation hasn’t changed but the delivery system has become more sophisticated as TV and the internet bombard all of our senses.
Even at its best, ‘science’ is not an exact science, (How’s that for an oxymoron?) and when commercialized and politicized as it has become today, its credibility suffers and it is difficult to know what to believe.
For example, for decades  we have been subjected to ‘scientific proof’ the man made climate change and the imminent apocalypse associaed with it.  Now, after having reached a certain level of complacency, we are smacked with the headline, “Earth Is About To Enter A 30-Year ‘Mini Ice Age’ As A 'Solar Minimum' Grips The Planet.”
Here are some excerpts from the report: 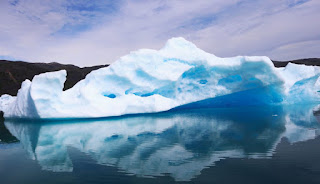 This phenomenon begs the question. “Is our current climate situation the result of  man-made environmental destruction, naturally occurring climate cycles, or both?"
What say ye?